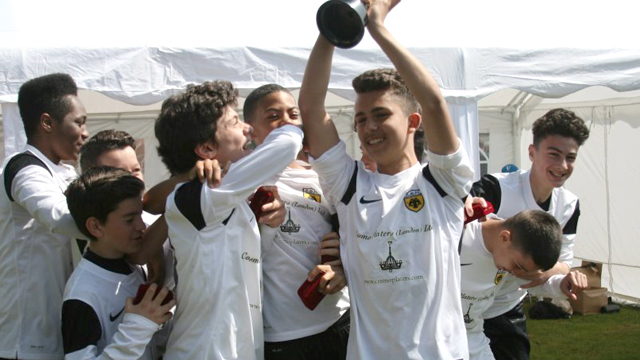 The U13s Black team coached by Marino Charalambous secured the Top (Red) division league title with a double header win vs St Albans who would have won the league if they won these two games. AEK won both games meaning they won the title by a massive 11 points, conceding only 15 goals in 22 matches and scoring 83 goals! The U13s are now ‘treble’ winners this season having also won the U13s League Cup, AFA Cup along with the league title. Congratulations to all the players on a fantastic season 2013/14.