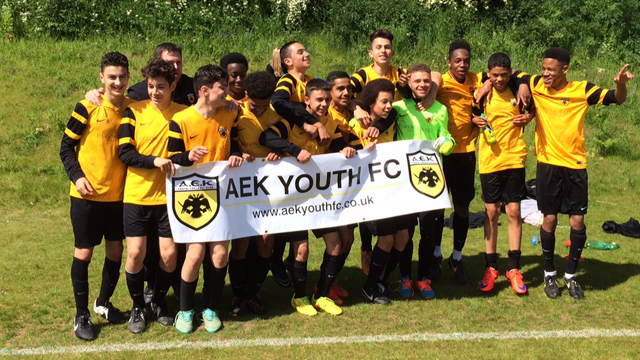 AEK Youth under 14’s Black won the Watford friendly league Red Division (Top Division) in style by 5 points after defeating Abbots Youth 5-1 on the last Sunday of the season. The goals came from Mario Ttozis with a superb hat trick, a nice finish past the keeper by Luke Goodey and a well struck shot by Irshad Khan. They played 18 matches winning 15 and losing only 2 games.

The boys had a long season paying over 40 matches and reaching the Middlesex County Cup Final and narrowly losing 2-1 to Ruislip Rangers and also losing the league cup final to AC Finchley. However their focus to win a second consecutive top division league title was impressive and commendable.

Many highlights this season included playing professional clubs such as Norwich City Elite Squad and Barnet Academy during the season and doing very well winning both games.

Well done to all the players and coaches for a great season. 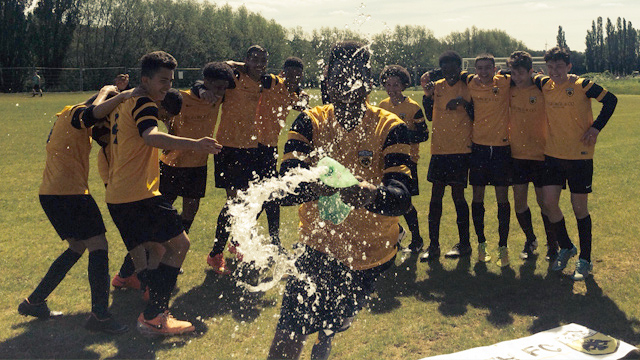 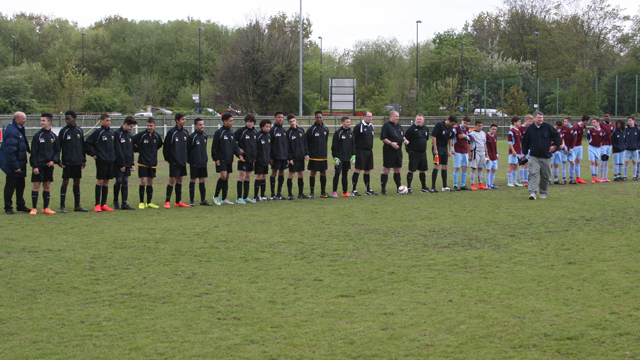 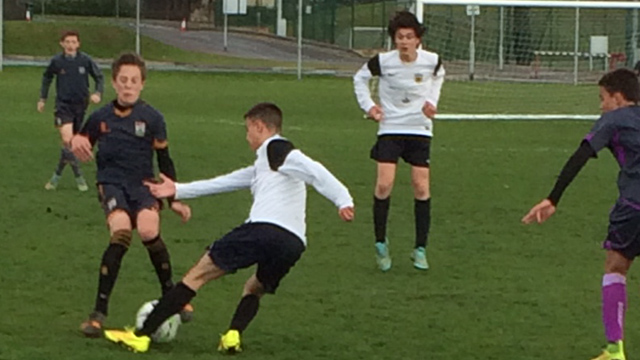